How to Measure Your SMS API Campaign Success

In order to understand how well your SMS API campaigns are performing, you need quantifiable ways of measuring their success. That means you need hard numbers to compare campaign results, identify patterns, and create a baseline or average for future reference. Thankfully, there are a number of straightforward methods to measure your campaign’s success. Measuring successful deliveries, list growth, churn rates, and conversion rates are four methods by which you can gauge your SMS campaign’s performance. These rates provide insight into how effective, and therefore successful, your text campaigns are. Along those same lines, they’ll also tell you which campaigns need to be adjusted and why.

Keep reading to learn more about how to measure your text campaign’s success and how strongly it indicates effectiveness in comparison to other strategies.

SMS API campaigns are a powerful marketing and communication tool, but their effectiveness hinges on how they’re applied. Simply sending out texts to your customers won’t be enough to boost your business. Instead, you’ll need to send targeted messages to specific demographics. And, just as important, you’ll need to measure each campaign’s success and adjust your strategy accordingly.

Measuring your SMS campaign’s success will tell you whether or not a specific campaign is connecting with subscribers and, if so, how well. You’ll be able to discern whether major modifications are necessary or if just a few tweaks will be enough to make it as effective as possible.

There are a number of different ways to measure the success of your SMS campaigns. These include successful deliveries, open rate, interaction rate, list growth, churn rates, and conversion rates. We’ll cover each of these in more detail in the sections below.

Determining your percentage of successful deliveries is the first step to measuring your SMS campaign’s success. After all, subscribers can’t read or interact with your messages if the messages are never delivered. As such, the successful delivery rate is a crucial measurement, despite not directly providing insight into your campaign’s effectiveness.

To see this as a percentage, use the following equation: (Delivered Texts / Sent Texts) x 100 = Successful Message Delivery Rate.

If you have low delivery rates, look into the potential causes below:

Low delivery rates may also be a reflection of your SMS API’s effectiveness. If your messages are consistently being dropped or never delivered, and you’ve ruled out other causes, it may be time to have a serious conversation with your provider about service. Specifically ask about the gateway and network quality.

But ensuring successful deliveries is only one step in your journey to creating effective and successful SMS campaigns. The next is determining your open rate.

The open rate is the number of SMS campaign messages opened vs. the number of messages sent and successfully delivered. Open rates indicate whether or not your campaign sparked users’ initial interest— i.e., if they thought it was worth reading.

To see this as a percentage, use the following equation: (Opened Messages / Delivered Messages) x 100 = Open Rate.

After determining the number of successful deliveries, measuring the open rate is the next step to gauging success. However, the open rate is also a limited tool. It tells you that people are receiving and reading your messages, but not if they’re acting on them. For that, interaction and conversion rates are more useful.

SMS interaction rate is the number of users who the number of users who interacted with your message in any capacity beyond simply reading it, whether that entailed responding with a keyword, clicking a link, or another action. This rate measures whether or not your campaign connected enough with users to spur them into action.

If your SMS message includes a link, the interaction rate may also be referred to as the click-through rate.

To see this as a percentage, use the following equation: (Interacted Messages / Delivered Messages) x 100 = Interaction Rate.

Keep in mind, interaction rates differ from conversion rates, which are when users follow your call to action through to the end. We’ll cover these more in-depth later on, but here’s a quick example: you send a message announcing your store’s latest sales, with a link that will take customers to the discounted items online. When a user clicks on the link or views your online store, that’s interaction; when they actually purchase a sale item, that’s conversion. 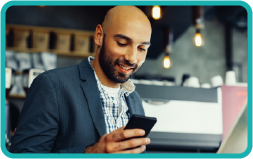 What to Put in Your Advertisements

SMS campaigns aren’t a one-size-fits-all marketing strategy, so what you put in your advertisements will vary, to an extent. However, there are some core components that all text campaigns should have. These include:

While it’s important to create a strong bond and cultivate brand loyalty within your existing customer base, it’s also important to expand your subscriber list and continue forming connections with new customers. To that end, measuring your list growth is a useful indicator for how effective your company’s outreach is.

List growth is the number of new subscribers you accumulate over the course of an SMS campaign. You can also measure list growth in between campaigns.

To see this as a percentage, use the following equation: (Campaign Opt-Ins / Campaign Subscribers) x 100 = Unsubscribe Rate. The number of campaign subscribers should be pulled from the beginning of the campaign, while the subscription rate should be pulled at the end.

To see this as a percentage, use the following equation: (Campaign Opt-Outs / Campaign Subscribers) x 100 = Churn Rate. Remember, the number of campaign subscribers should be pulled from the beginning of the campaign, while the unsubscribe rate should be pulled at the end.

It’s natural for subscriber lists to shrink and grow over time. However, if your churn rate is steadily growing, then you need to examine your text marketing campaigns to identify areas of improvement. Review your messages, delivery dates and times, and analyze what value you’re offering. Experiment with these different elements to see what is most effective.

Your SMS campaign conversion rate is the number of subscribers that completed an action related to your campaign or who followed your campaign’s call to action through to completion.

This is very similar to interaction rates. You’ll recall that the interaction rate is the number of users who interacted with your message in any capacity beyond simply reading it, such as clicking on a link or scanning a QR code.

To see this as a percentage, use the following equation: (Number of Conversions / Number of Delivered Messages) x 100 = Conversion Rate.

Alternatively, if your SMS conversion rates are higher than those of your email or voicemail campaigns but still lower than your SMS open rates and interaction rates, it’s also a signal that you need to make changes to your campaigns.

In order to truly assess how well your SMS marketing campaigns are performing, you need long-term data. This will establish a baseline average, show you spikes and dips in performance, and reveal any trends or patterns. At a glance, the numbers will show whether your SMS marketing is doing well overall or has room for improvement.

That means you need to rinse, wash, and repeat—that is, keep measuring the success of each campaign instead of simply applying these methods to one or a few. The more campaigns whose effectiveness you measure, the better equipped you’ll be to create more successful campaigns in the future.

Both weekly and monthly data have their uses, as does daily data. However, it’s also useful to see the “bigger picture,” here referring to yearly data. When you scale back to this magnitude, you’ll be able to see if any annual trends emerge— how do the seasons affect your success, if at all?

But in order to gather this much data, you have to consistently measure your campaigns. Though it can seem tedious and the data may not reveal much in the short term, it will pay off as you begin gaining an increasing amount of insight into your SMS marketing.

Other Measurements of SMS Campaign Success

There are additional measures of SMS campaign success beyond those discussed above. Though measurements based on successful deliveries, list growth, churn rates, and conversion rates are undoubtedly some of the best indicators of success, they aren’t the only percentages you can look to. Here are some other ways to measure how effective your campaigns are:

Of course, no one rate is necessarily “the best.” The most accurate reflection of success will be based on multiple measurements so that you can get a more comprehensive understanding of your campaigns and how customers view them.